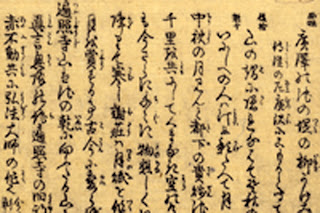 North Carolina State University, the University of North Carolina at Chapel Hill, and Duke University will cooperate in the center, founded by a $270,000 grant from the Japan Foundation in Tokyo. NC State’s participation is supported by the College of Humanities and Social Sciences and its Department of History. The center, described at http://trianglejapan.org/, will continue to seek funding for collaborative endeavors in research, community outreach, and education.

David Ambaras, associate professor of history at NC State and a leader of the center,  says a main goal of the center is to take advantage of the remarkably high concentration of Japan scholars in the Triangle and use it to enhance collaborative projects as well as each of the universities’ Asian studies programs.

“The intent is to serve as an umbrella over the activities that are already happening at NC  State, Duke and UNC relating to Japan, and to call attention to the strength and depth of those activities collectively,” said Morgan Pitelka, Ph.D., center director and associate professor of Asian studies in UNC’s College of Arts and Sciences.

Interest in Japanese language and culture is growing in the United States, Pitelka said. He said he hopes the center can build on and support student and community interest with research and learning opportunities.

Faculty collaborating in the center are from fields including history, anthropology, art history and Asian studies, language and literature.

“By bringing together the resources of all three universities, we are building strength as a collective,” Pitelka said. “Our region offers diverse Asian cultural influences and a remarkable concentration of scholars who study Asia. I’ve been excited to find so many researchers to collaborate with in the areas of modern Japan, the Japanese empire and the relationship between Japan and Korea.”

The first event sponsored by the center to be held at NC State will feature Narita Ryuichi of Japan Women’s University and six colleagues from Japan. They will lead a workshop titled “Postwar Japan, Nuclear Weapons, and Nuclear Power: from the Perspectives of History, Literature and Cultural Studies” in Withers 331, 5:00 – 8:00 pm, Tuesday, October 25.

For details about other events, check http://trianglejapan.wordpress.com/events/.

This article is based on information that appeared at uncnews.unc.edu.